After decades of searching, a vintage police badge collector finally found his holy grail – and discovered it was made by GT SCHMIDT.

For 45 years, Peter Belos had been searching for the only known first-issue Burnham, IL Police Department badge. It belonged to Burnham mayor and police officer Johnny Patton, who served Burnham from 1908 to 1948. In the 1920’s, he became friends with Al Capone and allowed him to run his operations from Burnham where he was safely outside Chicago police jurisdiction.

Patton died in 1956. Eighteen years later, Belos became a police officer for the Burnham Police Department. The next year, he started collecting police insignia and Patton’s badge was at the top of his list. In 2020, he finally found it at an antiques dealer in Valparaiso, IN. Upon inspection, he discovered the back of the badge had a mark that read, “GEO. T. SCHMIDT – CHICAGO.” He contacted us to share his story and learn more about the origins of the badge. 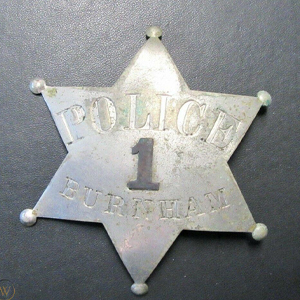 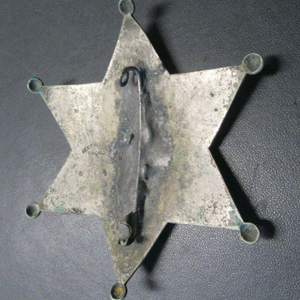 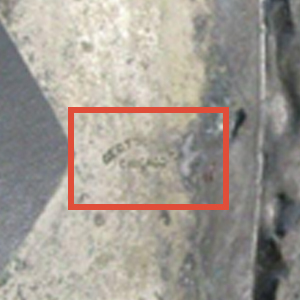 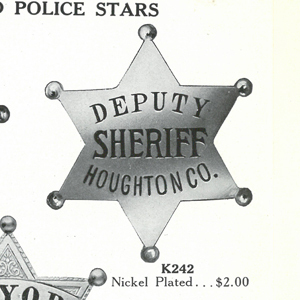 Although GT SCHMIDT made a name for itself with its high-quality marking equipment, we also sold a variety of products including coins, medals, signs, and badges. Patton’s badge looks identical to badge K242, as seen on this page from a 1920’s product catalog. The badge was nickel plated and sold for $2.00 at the time of the catalog’s printing.

We have customers who have been using the same marking machine for over 50 years, so we are not too surprised to hear that one of our badges was found in good shape despite being over 100 years old. However, we rarely hear the stories connected to our products, and Belos’ tale is a good reminder that over the last 125-plus years, our products have become a part of history and have made a lasting mark in people’s lives.

You can read more about Belos’ search for Patton’s badge on page 13 of the January-February 2021 issue of PC News.